Over the last few months, I have been in dialogue with 4 Ukrainian NVC trainers. Through the process of meeting with them, I have learned some things that I am so grateful for and I want to share them with you now.

The first thing I learned is that, at the beginning of the war in Ukraine, they didn’t see people in the NVC community taking a public stand for Ukraine and its people. Their country was (is) under attack by Russian soldiers. Their women and too many daughters were being raped by Russian soldiers. They had to leave their homes and their country to find safety for their families.

These trainers were no longer earning a living because no one could pay them for their work. And, the nature of their work changed dramatically – suddenly shifting toward supporting others dealing with the trauma of war, loss of livelihoods, loss of security, loss of everything they had known. In some cases, they spent their days helping people move out of Ukraine or in finding safe temporary places.

In all cases, their lives were turned upside down, and the terror they experienced was unthinkable.

Can you imagine enduring this?

Then, can you imagine enduring this without public support from your global NVC community? The pain and anguish they expressed was gut wrenching to hear, especially since I saw myself in the group of people who hadn’t made a public stand for Ukraine.

They mentioned that other non-NVC organizations had put manifestos on their sites in support of Ukraine. However, they hadn’t seen any NVC communities do this. I listened to this and realized that I hadn’t even considered such a thing.

I think we in the NVC world spend so much time trying not to take sides, trying to empathize with all parties, that we sometimes forget the great power of standing for something. We unintentionally overlook the desperate need our global community members have for our public support and care. I confess feeling uncomfortable about posting our manifesto despite wholeheartedly agreeing with what it said. Yet, I did it. You may read our manifesto if you like.

I believe that there is a time and place for reconciliation and restorative circles. During the invasion, though, while civilians are being killed, raped, and beaten; while their land is being ravaged; while representatives of another country are occupying their land— is that the best time to empathize with Russian soldiers when speaking to people in Ukraine? And, if we haven’t made a stand for Ukraine, or even empathized with their unimaginable pain, is that the time to publicly announce a desire to empathize with Russian soldiers?

Marshall Rosenberg taught that the person to empathize most with in a situation is the person in the most pain.

Similarly, in your own lives, if your daughter had been raped or beaten by someone, how do you think she might feel if, before empathizing with her pain and before helping her heal, your focus went toward empathizing with the person who raped or beat her? I think it could be confusing at best— and devastating at worst.

I am asking us to consider the potential impact of our focus on loving all AND not standing for anything. In many situations reconciliation and/or restorative justice could take place when there has been healing, but only after there has actually been some healing.

Remember that Nelson Mandela and Archbishop Desmond Tutu started the Truth and Reconciliation Commission 5 years after Apartheid was abolished in South Africa.

I am not suggesting an either/or response. I’m suggesting that timing is everything…

I recognize that you may not agree with our manifesto. Even today it feels like a vulnerable act to have it on our site. However, I know that we wrote it with great care. Then, a group of Ukrainian trainers edited it. In the end, we all agreed to it. So, while it may not be perfect, and while you may not agree with all of it, I am resting in trust that the value of standing for something to support our Ukrainian brethren matters enough for me to step out of my comfort zone. In doing so, I am not taking a stand against Russia or its people. I am holding all sides in love.

Finally, I want to say how deeply sad I feel to have not taken a stand for other traumatic situations over the past many years because my focus was so heavily on holding all with care. I mourn the painful feelings this may have triggered for many people in our global NVC community who did not experience the care and support such an act could have inspired.

May this vulnerable letter inspire you to take stands toward situations that you hold dear, and may we together focus on moving toward what matters to us, rather than rallying against others.

Check Out These Related Posts 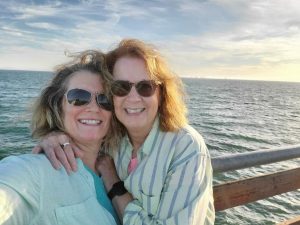 I greatly enjoyed my New Year’s Peace Meditation yesterday as it brings together NVC enthusiasts from across the world. It is one of my favorite traditions for welcoming the New Year! How has 2022 been for you? For me, it has felt like an exhilarating and challenging...

END_OF_DOCUMENT_TOKEN_TO_BE_REPLACED

Do you ever feel out of sorts or out of sync with others? Can it be challenging for you to see and express your beautiful self when others are singing to a different tune? That aptly describes my state of mind lately, and then I watched this… …and I laughed and...

END_OF_DOCUMENT_TOKEN_TO_BE_REPLACED

Recently, I went to a holistic doctor who asked me if I cherished my body, and if I ever took notice of how I felt when I put food into it. I blushed a little and said, “Well. No.” She said, “Really? You don’t love your body, the very thing that allows you to...